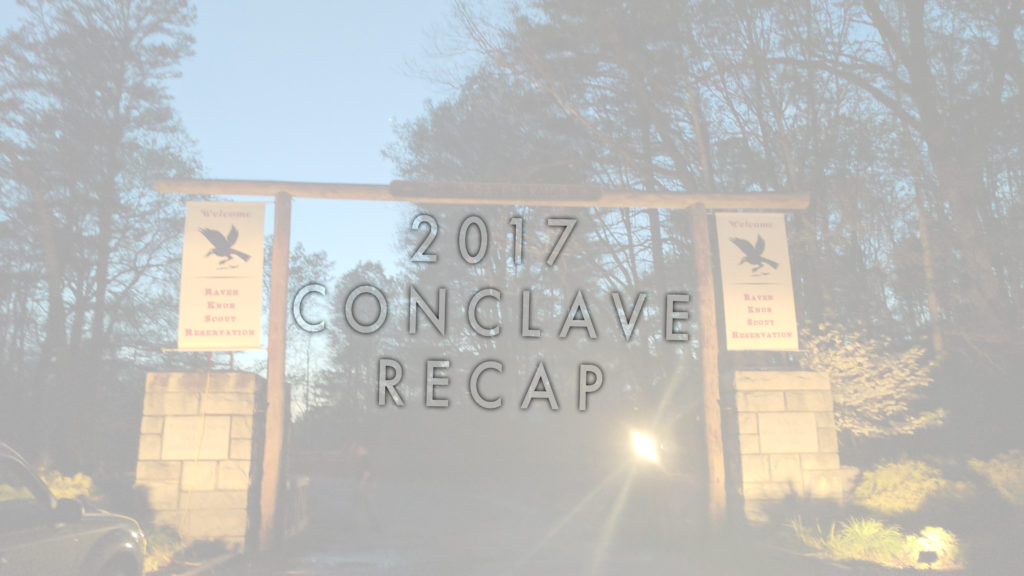 Did you go bananas at 2017 Conclave? Many seedless fruits pretending to be Arrowmen paraded around Camp Raven Knob from April 21-23, in Mount Airy, North Carolina. SR-7B Cardinal Conclave is always a great event and this year’s service lodge was Wahissa. “Thunder Bananas” represented Lodge 104 well and their spirit was definitely high in caliber. There were many competitions, such as Ceremonies, where the lodge performed well, especially in both the Pre-Ordeal and Brotherhood ceremonies. Brothers looked like they were having great fun in the singing and dancing competitions as well.

Of course, at the classic Quest for the Golden Arrow event, brothers came together to show who’s best, whether it be in Tug of War, Spam Toss, or one of the many other contests. The event held many opportunities to explore interests and possible future careers with one of the section’s premier experiences at Conclave: the Order of the Arrow Experience or OAX. Additionally, the trail of booths along the main road of camp allowed attendees to meet many different people and groups, from firestarters to representatives from local universities.

Great patch trading opportunities also abounded and many Arrowmen were able to get what they wanted and possibly more, with special new patches from the section commemorating its 20th anniversary. A great powwow took place late Saturday where newly interested Arrowmen to seasoned dancers and singers came together to have a great time. The weekend was definitely a terrific experience and rain did not stop the great spirit from Occoneechee Arrowmen. Sunday brought a worthy Scout’s Own Service along with Section Awards and Section Elections, where our very own Nicholas Anderson was elected as Section Secretary. Every banana had to split eventually and had appealing stories to share at home, truly an experience of six fires, one great light.