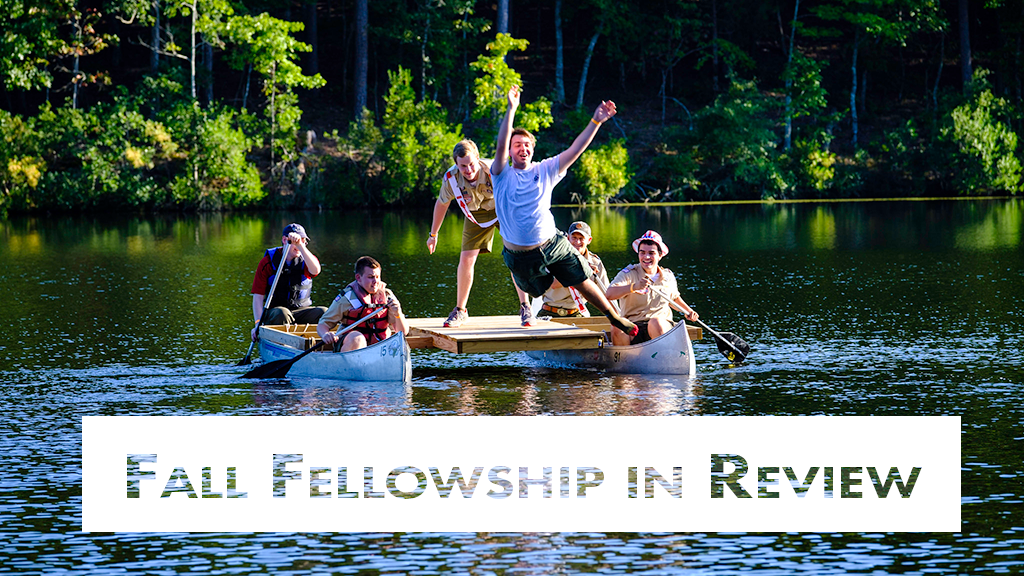 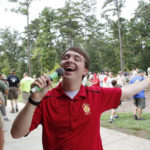 As the season’s turn, the ground is crisp and fresh covered with the falling leaves of autumn color. With this beautiful backdrop, spirits rose and brotherhood stayed constant at Fall Fellowship this year. The third weekend of September once again brought forth the spirit of the Order of the Arrow for Occoneechee Lodge #104. From the Pre-Ordeal Ceremonies and Vigil Call-out of Friday to the Scout’s Own Service on Sunday, there was plenty of fun all around. Starting on Friday night with check-in and registration, candidates and Elangomats starting their Ordeal experience with the light of ceremony ring fires. 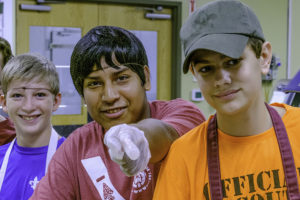 There was also a calling out by a ceremony at the campfire arena for 15 candidates for the Vigil Honor, the highest honor level of the Order of the Arrow.

Saturday brought on more fun with service opportunities, fellowship and, of course, patch trading. It was Webelos OA Day where future Arrowmen came to Durant to enjoy the OA experience with lodge members. Additional activities for the enjoyment and benefit of attendees included the Brotherhood experience and trail, lodge elections, a welcoming committee as Ordeal candidates gathered to eat their first dinner, followed by ceremonies, a powwow with the special treat of a guest drum, and Thunderfest! 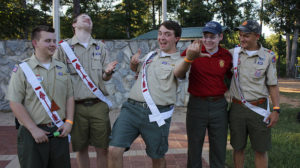 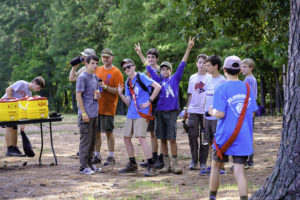 Mist rose over the same lake on Sunday starting with refreshed lodge members fully united with their chapter’s new members. The Scout’s Own service recharged participants spiritually by the lakeside chapel after a great breakfast provided by the food committee recharged everyone physically. As people packed up and headed home in separate directions, the Lodge Executive Committee got to work. The lodge planbook was reviewed and motions big and small were discussed. The ending of a great weekend will be followed by even more great weekends!