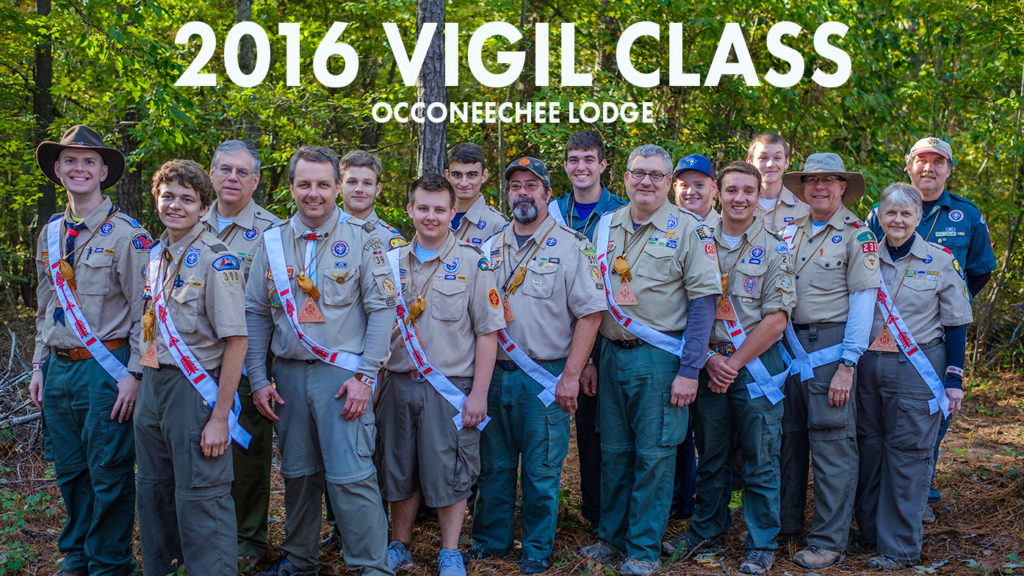 Sixteen leather triangles went over the necks of worthy Arrowmen of Occoneechee Lodge #104 this year. These 16 Thunderbirds were honored with the Vigil Honor, not only for what they did but also for what they will do. Those honored were David Crowley, Owen Clapp, Nick Long Jr., Glyn Tomkins, Christopher Radcliffe, Nicholas Anderson, Colin Moore, Gary Deuger, Patrick Koenig, Kirk Johnson, Charlie Allen, Dylan Skiscim, Whit Badgett, Roger Rea, Karen Hasset, and Thomas Beach. All of those who received this honor have served the lodge in many ways and were recognized for their commitment to the high ideals of the Order of the Arrow and the Boy Scouts of America. 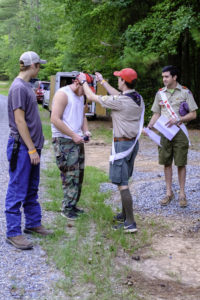 It was not an award that is won, but a recognition for cheerful service without asking for a reward. The experience of keeping the Vigil Honor is one that is special and unique for all who go through it, but the experience is just the beginning. The 2016 Vigil Honor Class is now among a group of marked men and women who are ready to help out wherever needed, keeping the traditions and values of the Order of the Arrow. There are high hopes for what they will bring to this organization. Now is the time to start thinking, pondering within your chapters, who in the lodge you believe is worthy of this highest honor of the Order for 2017 vigil nominations are approaching swiftly.