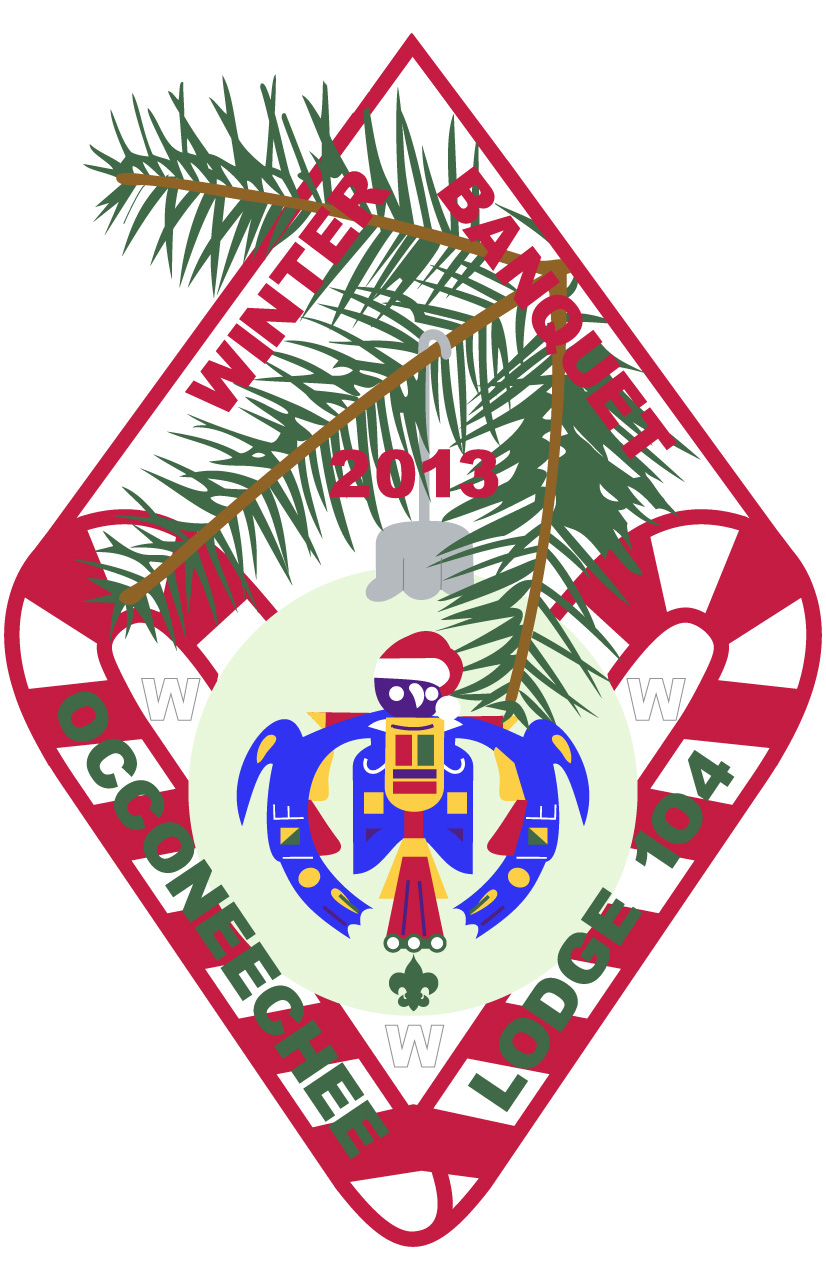 What a night! On December 7, 2013 at Camp Durant, Occoneechee Lodge held it’s annual Winter Banquet.  Here is a brief recap of the night, including words from our Recognition’s chairman, Daniel Salgado.

The evening started out with a patch auction, with donated items from some of our members, thank you for your contributions!  As we went into dinner, prepared by Smokey’s BBQ in Cary, NC, guests enjoyed hearing from our 2013 Lodge Chief, Todd Goldfarb, for the State of the Lodge address.  Soon after, awards were given out to our members and chapters.

Three chapters received Quality chapter recognition, these were Amangi Newo, Canotka, and Natisihi Chapters!  The William Stanley Roth award, one recognizing a chapter for going over and above the other chapters in many aspects, went to Natisihi Chapter!  The Chief’s award, awarded by the Lodge Chief to the most improved chapter went to Neusiok Chapter.  The Lodge Key 3 from this past year awarded 4 recipients with the Key 3 Award: Zack Cochran, Daniel Asycue, John Shore and Dennis Nicholson.  In addition, four arrowmen were honored with the Founder’s Award, we thank Jonathan Boggs, Todd Goldfarb, Kevin Blackwood and David Ezzell for their service.

The five new Lodge Officers were also installed.  Congratulations to our 2014 officers:

Will Rea – Vice Chief of Program

In addition, our evening focused on  celebrating Mr. Tom Wells’ tenure as Lodge Adviser which included a Bonnet and NC State Howling Cow ice cream presented by all five of the Lodge Chief’s from Mr. Wells’ tenure.  In addition, the Lodge presented him with a 2013 James E. West Fellowship.  Members of the lodge came together to present Mr. Wells with an Order of the Arrow Legacy Fellowship to cap off the celebration.  We commend and thank Mr. Wells for the time and cheerful service he has provided Occoneechee Brothers over the past six years.

“The 2013 Lodge Winter Banquet was a success, however, it could not have been done without some key people. Many thanks to Smokey’s BBQ Shack of Morrisville for catering the event for the third year in a row! Also, huge thanks to Neusiok, the service chapter, for their hard work and dedication and my adviser, Marc Seelinger, for his guidance through a transition period in the Recognitions Committee. We look forward to a great year in the Lodge now that 2013 has come to a close with Conclave right around the corner and hope to see you at the 2014 Winter Banquet!”
For a complete listing of all awards given out on an annual basis, please refer to the lodge guidelines found on our website under downloads and documents.